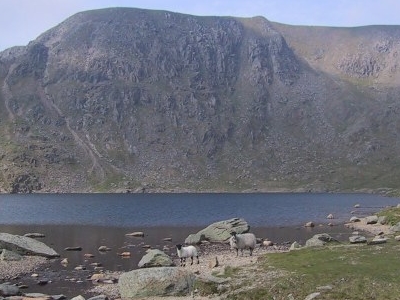 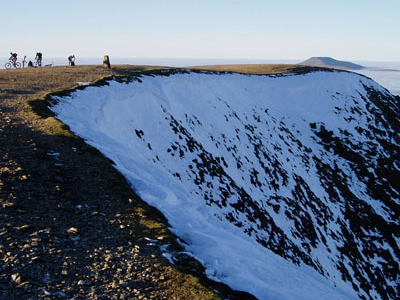 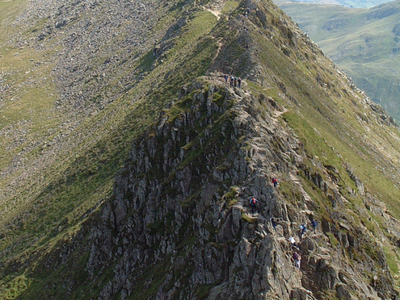 Helvellyn  is a mountain in the English Lake District, the apex of the Eastern Fells. At 950 metres (3,117 ft) above sea level, it is the third highest peak in both the Lake District and England. The traditional border of Cumberland and Westmorland lies along the Helvellyn Ridge.

The peak of Helvellyn is the highest on the north-south ridge situated between the Thirlmere valley to the west, and Patterdale to the east. This ridge continues north over Helvellyn Lower Man, White Side, Raise, Stybarrow Dodd, Great Dodd and Clough Head, and south leads to Nethermost Pike and Dollywaggon Pike.

The eastern side of the fell is geographically the most dramatic. Two sharp arêtes lead off the summit, Striding Edge and Swirral Edge, either side of Red Tarn. The knife-edged Striding Edge provides one of the best-known scrambles in Lakeland, while the Swirral Edge ridge leads to the conical summit of Catstye Cam.

Here's the our members favorite photos of "Peaks or Summits in Lake District National Park". Upload your photo of Helvellyn!

Going to Helvellyn? Get answers from our friendly locals

Peaks or Summits in Cumbria