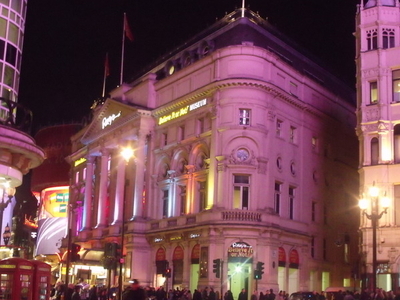 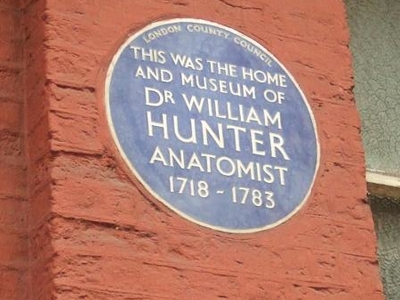 Great Windmill Street is a thoroughfare running north-south in Soho, London. It is crossed by Shaftesbury Avenue. The street took its name from The Windmill on the site which was first recorded 1585 and was demolished during the 1690s. In a parliamentary survey of 1658 the mill was described as "well fitted with Staves and other materials".

Medical School:
In 1767 the Scottish anatomist and physician William Hunter FRS, built a large house at number 16 Great Windmill Street, demolishing an earlier large dwelling to do so. Hunter's house incorporated a large library, a museum and an anatomical theatre. Hunter gave lectures and anatomical demonstrations from the new house, the first taking place on 1 October 1776. After Hunter's death, the house continued to be used for medical demonstrations until 1831. The house now forms part of the dressing rooms and stage of the Lyric Theatre.

Red Lion Pub:
The Red Lion public house was built on the corner of Great Windmill Street and Archer Street c. 1793. In November 1847, the Communist League held their second congress in a room above the bar and it was here that Karl Marx and Frederick Engels submitted their proposals for writing the Communist Manifesto. The Red Lion pub closed in c.1998 and the building is now (2013) the 'Be At One' Cocktail Bar and Lounge.

Entertainment:
Great Windmill Street has had a long association with music and entertainment, most notably being the site of the Windmill Theatre where during the 1930s and 1940s Laura Henderson and Vivian Van Damm presented nude tableaux vivants. The theatre is now a table dancing club. In the 1940s, the first regular paid modern jazz club for London musicians, Club Eleven, was run from a basement in Great Windmill Street involving musicians such as Ronnie Scott, Hank Shaw, Johnny Rogers, Lennie Bush, Tony Crombie and Laurie Morgan. In the 1960s, the Scene Club was located in Ham Yard at 41 Great Windmill Street. It was associated with the mod youth culture and bands that appeared there included the Rolling Stones and The Who. The street is also home to the Ripley's Believe It or Not! museum and Trocadero shopping centre.

Here's the our members favorite photos of "Famous Streets near City of Westminster". Upload your photo of Great Windmill Street!

Going to Great Windmill Street? Get answers from our friendly locals