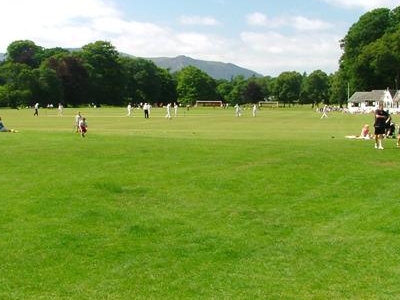 The ground has also hosted a single List-A match between Cumberland and the Nottinghamshire Cricket Board in the 1st round of the 2003 Cheltenham & Gloucester Trophy which was played in 2002. In local domestic cricket, St George's Road is the home ground of Keswick Cricket Club.

Here's the our members favorite photos of "Cricket Fields in Lake District National Park". Upload your photo of Fitz Park!

Going to Fitz Park? Get answers from our friendly locals