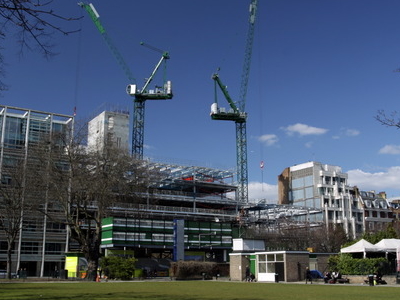 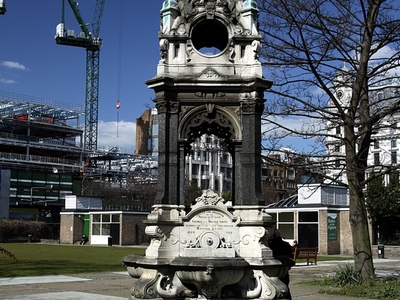 Finsbury Square is a 0.7-hectare (1.7-acre) square in central London which includes a six-rink grass bowling green. It was developed in 1777 on the site of a previous area of green space to the east of London known as Finsbury Fields, in the parish of St Luke's and near Moorfields. It is sited on the east side of City Road, opposite the east side of Bunhill Fields. It is approximately 200m north of Moorgate Station, 300m north-west of Liverpool Street station and 400m south of Old Street station. Nearby locations are Finsbury Circus and Finsbury Pavement. It is served by bus routes 21, 43, 141, 271, 214 and 274.

Here's the our members favorite photos of "Plazas and Squares near London Borough of Islington". Upload your photo of Finsbury Square!

Going to Finsbury Square? Get answers from our friendly locals

Plazas and Squares in London Borough of Islington