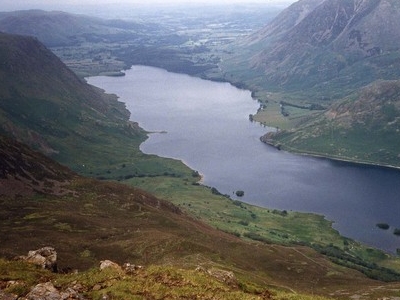 Crummock Water is a lake in the Lake District in Cumbria, North West England situated between Buttermere to the south and Loweswater to the north. Crummock Water is two and a half miles long, three quarters of a mile wide and 140ft deep. The River Cocker is considered to start at the north of the lake, before then heading into Lorton Vale. The hill of Mellbreak runs the full length of the lake on its western side; as Alfred Wainwright described it 'no pairing of hill and lake in Lakeland have a closer partnership than these'.

Here's the our members favorite photos of "Lakes in Lake District National Park". Upload your photo of Crummock Water!

Going to Crummock Water? Get answers from our friendly locals