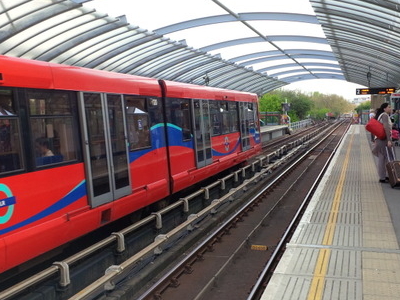 Crossharbour is a DLR station west of Cubitt Town on the Isle of Dogs in east London. It is between Mudchute and South Quay stations and is in Travelcard Zone 2. The Docklands Light Railway station opened as "Crossharbour" on 31 August 1987, and was renamed in 1994 to "Crossharbour and London Arena". Now that the neighbouring London Arena has been demolished the original name has been reinstated.

Here's the our members favorite photos of "Metro Stations near London Borough of Tower Hamlets". Upload your photo of Crossharbour DLR Station!

Going to Crossharbour DLR Station? Get answers from our friendly locals