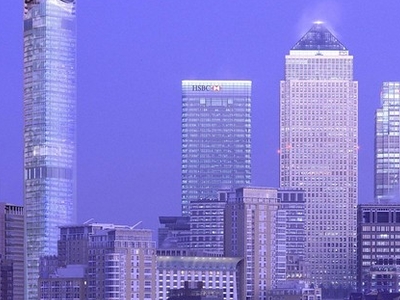 Columbus Tower was a planned high-rise development by Commercial Estates Group approved for construction on a site on the Isle of Dogs, London Borough of Tower Hamlets. The 63-storey, 242 m (794 ft) AOD (Above Ordnance Datum) tower would have been located on a 0.36 hectare site at the western end of the north dock at West India Quay. At 2009 projected cost was £450m to build and reaching 237 metres in height, and projected was taller only by 2m than One Canada Square.

Here's the our members favorite photos of "Skyscrapers near London Borough of Tower Hamlets". Upload your photo of Columbus Tower!

Going to Columbus Tower? Get answers from our friendly locals