Church of the Immaculate Conception 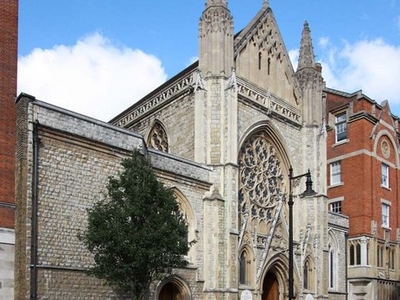 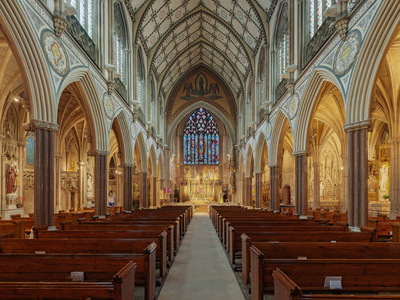 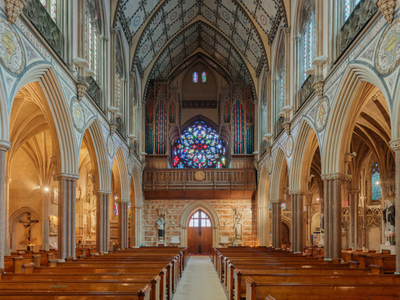 The Church of the Immaculate Conception, Farm Street, also known as Farm Street Church, is a Roman Catholic parish church run by the Society of Jesus in Mayfair, central London. Its main entrance is in Farm Street, though it can also be accessed from the adjacent Mount Street Gardens. Sir Simon Jenkins, in his book England's Thousand Best Churches, described the church as "Gothic Revival at its most sumptuous".

Mount Street Centre:
The centre provides opportunities in central London for adult Christian formation through prayer, worship, theological education and social justice. As part of the centre’s commitment to social justice, it provides a full-time General Practitioner for homeless people at the Doctor Hickey Surgery in central London.

Also present within the centre is London Jesuit Volunteers. It is a programme that operates out of the centre that places busy adults of any age in direct service or in advocacy roles for a few hours a week. Volunteers work as advocates, mentors and befrienders alongside people in prisons, hospitals, homeless shelters and sleeping rough, in communities of people with learning disabilities, and with outreach agencies for refugees, asylum seekers, forced migrants, and other marginalised people.

Here's the our members favorite photos of "Churches near City of Westminster". Upload your photo of Church of the Immaculate Conception!