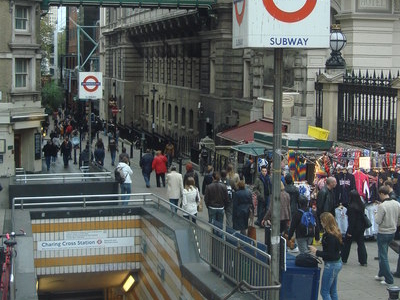 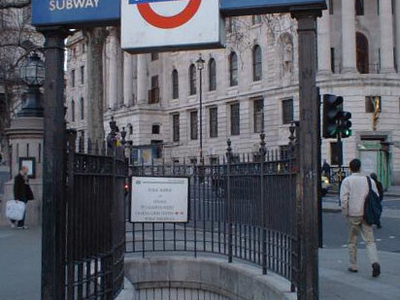 Charing Cross tube station (sometimes informally abbreviated as Charing X) is a London Underground station at Charing Cross in the City of Westminster with entrances located in Trafalgar Square and The Strand. The station is served by the Northern and Bakerloo lines and provides an interchange with the National Rail network at Charing Cross station. On the Northern line it is between Embankment and Leicester Square stations on the Charing Cross branch, and on the Bakerloo line it is between Embankment and Piccadilly Circus stations. The station is in Travelcard Zone 1.

The station was served by the Jubilee line between 1979 and 1999, acting as the southern terminus of the line during that period. For most of the history of the Underground the name Charing Cross was associated not with this station but with the station now known as Embankment. See below for the complex history of the name.

Here's the our members favorite photos of "Metro Stations near City of Westminster". Upload your photo of Charing Cross Tube Station!

Going to Charing Cross Tube Station? Get answers from our friendly locals