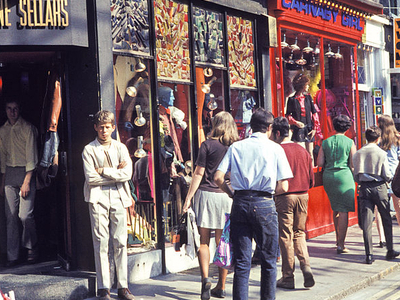 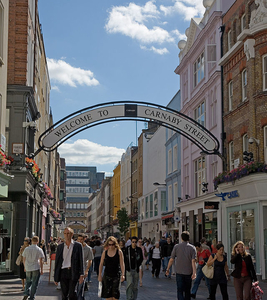 Historically, Carnaby Street derives its name from Karnaby House, located to its east and originally erected in 1683. It is not known anymore why the house was called this. The street was probably laid out in 1685 or 1686. First appearing in the ratebooks in 1687, the street was almost completely built up by 1690 with small houses. A market was developed in the 1820s; in his novel, Sybil (1845), Benjamin Disraeli refers to "a carcase-butcher famous in Carnaby-market".

Here's the our members favorite photos of "Famous Streets near City of Westminster". Upload your photo of Carnaby Street!

Going to Carnaby Street? Get answers from our friendly locals

Get in touch with 1 Touristlink members who want to visit Carnaby Street or with Ramin Randeniya, David Yeoman and 1 others who already have been here.