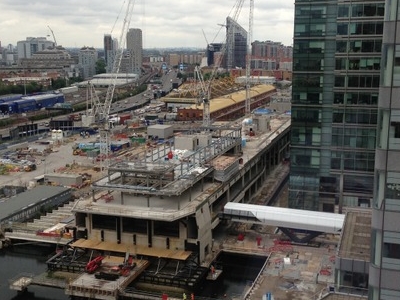 Canary Wharf is a railway station currently under construction on the Isle of Dogs in east London, being built as part of the Crossrail project. It was known as Isle of Dogs station during the project's development. Construction began in May 2009 and it is expected to open in 2018. The station will cost £500-million to build.

Here's the our members favorite photos of "Railway Stations near London Borough of Tower Hamlets". Upload your photo of Canary Wharf Railway Station!

Going to Canary Wharf Railway Station? Get answers from our friendly locals