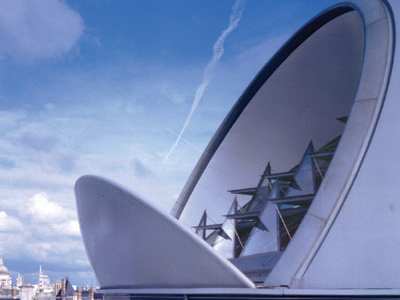 The British Library of Political and Economic Science is the main library of the London School of Economics and Political Science, England, and the World's largest library specialising in social and political science. The library is located on Portugal Street, just north of the main buildings of the school. The current building is the former headquarters and warehouse facilities of WH Smith, opened in 1916 and taken over by LSE in 1976, to be reopened as a library in 1978.

Since its foundation in 1896, it has been the national social sciences library of the United Kingdom and its collections have been recognised for their outstanding national and international importance and awarded 'Designation' status by the Museums, Libraries and Archives Council (MLA). The Library responds to around 6,500 visits from students and staff each day. In addition, it provides a specialist international research collection, serving over 12,000 registered external users each year.

The Library collects material on a worldwide basis, in all major European languages. The extensive collections range from a European Documentation Centre to 90,000 historical pamphlets, with over 95% of Library stock available on open access. Over 50 km of shelving, enough to stretch the length of the Channel Tunnel, houses over four and a half million items including 31,000 past and present journal titles. The Library subscribes to approximately 15,000 e-journals as part of its electronic information provision.

Here's the our members favorite photos of "Libraries near City of Westminster". Upload your photo of British Library of Political and Economic Science!

Libraries in City of Westminster