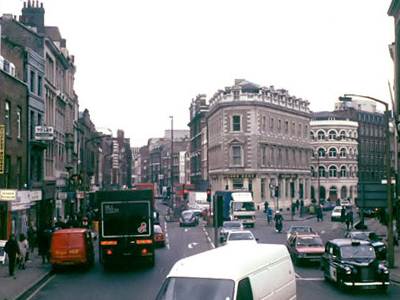 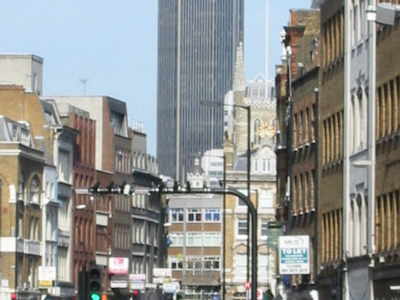 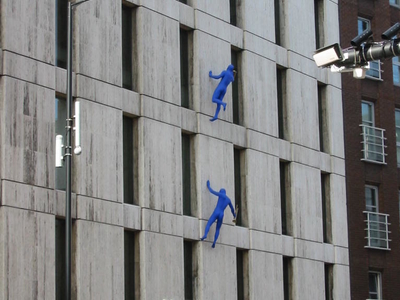 Borough High Street is a road in Southwark, London, running south-west from London Bridge, forming part of the A3 route which runs from London to Portsmouth, on the south coast of England.

Overview:
Borough High Street continues southwest as Newington Causeway, here co-inciding with ancient Stane Street, the Roman road between London and Chichester. Another important connection is with the Dover Road (the modern A2 route) which diverges in a south-east direction from Borough High Street at a junction of five roads adjacent to Borough Tube Station as Great Dover Street. The Dover Road mostly follows the alignment of Roman Watling Street, though, here, the original Roman route was along Tabard Street closely parallel with Great Dover Street to the north.

The stretch of Borough High Street south of the junction with Long Lane, Marshalsea Road, and Tabard Street, where stands the ancient church of St. George the Martyr, was formerly called Blackman Street after a long resident family there. Borough Market was once held on the street, but has been moved to the west with its main entrance on Southwark Street. Southwark Cathedral, prominent on the west side of the street near London Bridge, can be reached by a small pedestrian bridge and stairs, though its postal address is actually Montague Close.

Here's the our members favorite photos of "Famous Streets near London Borough of Southwark". Upload your photo of Borough High Street!

Going to Borough High Street? Get answers from our friendly locals