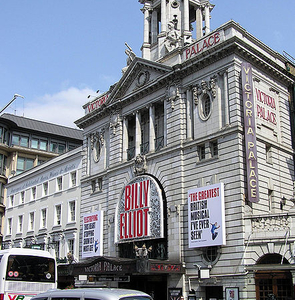 Save me
Been here
Want to go
Show on Map
Here to help 167 tour guides, 201 locals and 1 ambassador

Billy Elliot: The Musical is the acclaimed adaptation of Stephen Daldry's Oscar-winning film, with music by Elton John.
The musical opened in London in 2005 and was nominated for nine Laurence Olivier Awards. It won four, including Best New Musical. In New York, Billy Elliot won 10 Tony Awards and 10 Drama Desk Awards, including, in each case, best musical. Put on your dancing shoes, and make a date to see the award-winning musical adaptation of the hit British film today! You can book theatre tickets to see Billy Elliot in London's West End online.