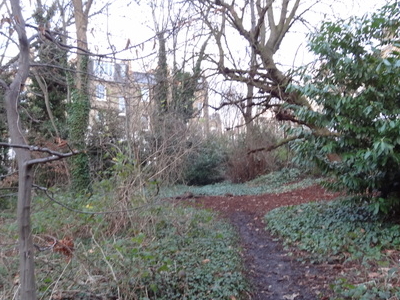 In the nineteenth century the site was the garden of the vicarage of St Andrew's Church in Huntingdon Street. In the early twentieth century the garden was abandoned and became woodland. Islington Council purchased it in 1974, proposing to develop it, but in the 1990s it was decided to leave it as woodland and it was declared a Local Nature Reserve. Trees include sycamore, ash, lime and horse chestnut. Birds include the long tailed tit, and there are invertebrates such as the lesser stag beetle and the sixteen spot ladybird.

Here's the our members favorite photos of "Nature Reserves near London Borough of Islington". Upload your photo of Barnsbury Wood!

Going to Barnsbury Wood? Get answers from our friendly locals