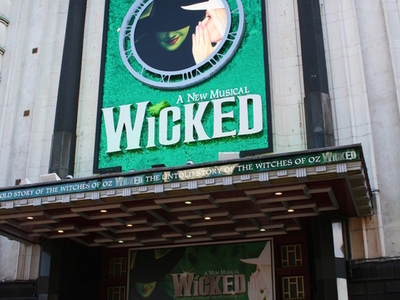 The Apollo Victoria Theatre is a West End theatre on Wilton Road in the Westminster district of London, across from London Victoria Station. (The theatre also has an entrance on Vauxhall Bridge Road.) Opened in 1930 as a cinema and variety theatre, the Apollo Victoria became a venue for musical theatre, beginning with The Sound of Music in 1981, and including the long-running Starlight Express, from 1984 to 2002. The theatre is now the home of the musical Wicked, which had played seven years at the venue as of September 2013.

Here's the our members favorite photos of "Theaters near City of Westminster". Upload your photo of Apollo Victoria Theatre!

Going to Apollo Victoria Theatre? Get answers from our friendly locals

Theaters in City of Westminster