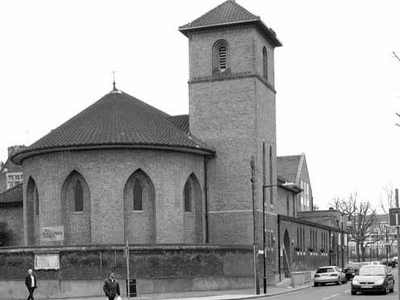 All Hallows, Bow (also known as All Hallows, Devons Road), is an Anglican church in Bow, London, England, in the Diocese of London. Its vicar is Cris Rogers, who in 2010 led a planting team from St Paul's, Shadwell to All Hallows, Bow. Originally built in the 19th century, it was damaged in WWII and rebuilt. The church is in the London Borough of Tower Hamlets.

Here's the our members favorite photos of "Churches near London Borough of Tower Hamlets". Upload your photo of All Hallows!

Going to All Hallows? Get answers from our friendly locals