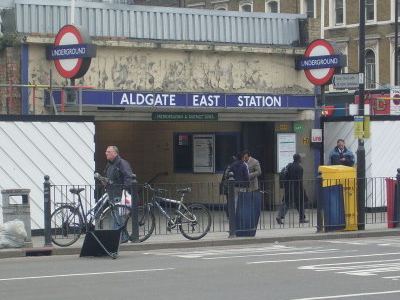 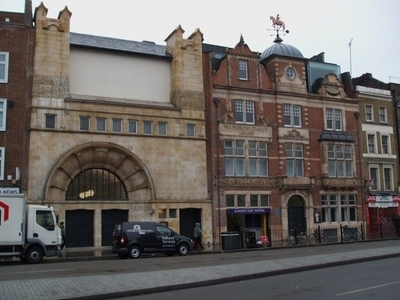 The station is currently undergoing refurbishment, with the platform walls being entirely retiled. However, when Metronet collapsed in the Summer of 2007, all work at Aldgate East was halted. This included the retiling of the station platforms and the refurbishment of the east ticket hall, which reopened on 31 March 2009. On the platforms, some areas of tile have been removed without being replaced, exposing the concrete beneath, whereas in other places the walls are still clad in pale yellow tiles. Ticket barriers control access to all platforms.

Here's the our members favorite photos of "Metro Stations near London Borough of Tower Hamlets". Upload your photo of Aldgate East Tube Station!

Going to Aldgate East Tube Station? Get answers from our friendly locals