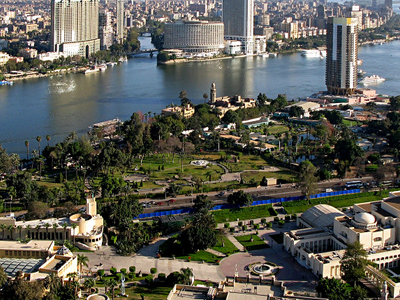 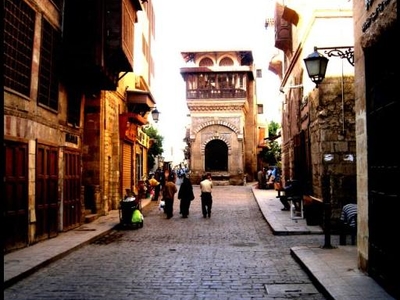 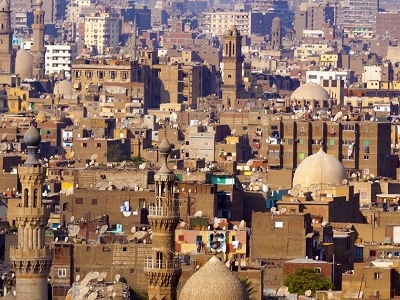 More Photos >
Save me
Been here
Want to go
Show on Map
Here to help 560 tour guides, 755 locals and 13 ambassadors

Cairo is the capital of Egypt and the largest city in the Arab World and Africa. Its metropolitan area is the 16th largest in the world. Located near the Nile Delta, it was founded in 969 AD. Nicknamed "the city of a thousand minarets" for its preponderance of Islamic architecture, Cairo has long been a centre of the region's political and cultural life. Cairo was founded by the Fatimid dynasty in the 10th century AD, but the land composing the present-day city was the site of national capitals whose remnants remain visible in parts of Old Cairo. Cairo is also associated with Ancient Egypt due to its proximity to the ancient cities of Memphis, Giza and Fustat which are near the Great Sphinx and the pyramids of Giza.

Transportation:
Cairo has an extensive road network, rail system, subway system, and maritime services. Road transport is facilitated by personal vehicles, taxi cabs, privately owned public buses, and Cairo microbuses. Cairo, specifically Ramses Square, is the centre of almost the entire Egyptian transportation network. The subway system, officially called "Metro", is a fast and efficient way of getting around Cairo. It can get very crowded during rush hour. Two train cars (the fourth and fifth ones) are reserved for women only, although women may ride in any car they want.

An extensive road network connects Cairo with other Egyptian cities and villages. There is a new Ring Road that surrounds the outskirts of the city, with exits that reach outer Cairo districts. There are flyovers and bridges, such as the Sixth of October bridge that, when the traffic is not heavy, allow fast means of transportation from one side of the city to the other. Cairo traffic is known to be overwhelming and overcrowded. Traffic moves at a relatively fluid pace. Drivers tend to be aggressive, but are more courteous at intersections, taking turns going, with police aiding in traffic control of some congested areas.

Economy:
Cairo is also in every respect the centre of Egypt, as it has been almost since its founding in 969 AD. The majority of the nation's commerce is generated there, or passes through the city. The great majority of publishing houses and media outlets and nearly all film studios are there, as are half of the nation's hospital beds and universities. This has fueled rapid construction in the city—one building in five is less than 15 years old. This astonishing growth until recently surged well ahead of city services. Homes, roads, electricity, telephone and sewer services were all suddenly in short supply. Analysts trying to grasp the magnitude of the change coined terms like "hyper-urbanization".

Tahrir Square:
Tahrir Square was founded during the mid 19th century with the establishment of modern downtown Cairo. It was first named Ismailia Square, after the 19th-century ruler Khedive Ismail, who commissioned the new downtown district's 'Paris on the Nile' design. After the Egyptian Revolution of 1919 the square became widely known as Tahrir (Liberation) Square. Several notable buildings surround the square including, the American University In Cairo's downtown campus, The Mogamma governmental administrative Building, the headquarters of the Arab League, the Nile Ritz Carlton Hotel, and the Egyptian Museum. Being at the heart of Cairo, the square witnessed several major protests over the years. However, the most notable event in the square was being the focal point of the 2011 Egyptian Revolution against former president Hosni Mubarak.

The Egyptian Museum:
The Museum of Egyptian Antiquities, known commonly as the Egyptian Museum, is home to the most extensive collection of ancient Egyptian antiquities in the world. It has 136,000 items on display, with many more hundreds of thousands in its basement storerooms.

Cairo Tower:
The Cairo Tower is a free-standing concrete TV tower in Cairo. It stands in the Zamalek district on Gezira Island in the Nile River, in the city centre. At 187 meters, it is 43 meters higher than the Great Pyramid of Giza, which stands some 15 km to the southwest.

Education:
Cairo has long been the hub of education and educational services for Egypt and the region. Today, Cairo is the centre for many government offices governing the Egyptian educational system, has the largest number of educational schools, and higher learning institutes among other cities and governorates of Egypt.

Here's the our members favorite photos of "Cities in Egypt". Upload your photo of Cairo!

Going to Cairo? Get answers from our friendly locals