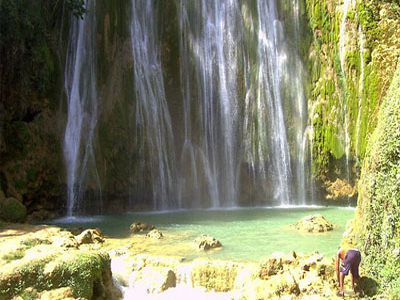 Save me
Been here
Want to go
Show on Map
Here to help 1 tour guides, 60 locals and 1 ambassador

The Samaná Península is a peninsula in Dominican Republic situated in the province of Samaná. The Samaná Peninsula is connected to the rest of the state by the isthmus of Samaná. The Peninsula contains many beaches, especially in the city of Santa Bárbara de Samaná. It contains 3 rivers. The main roads are the DR-5 and the Samaná Highway that leads from the peninsula to Santo Domingo. The peninsula also contains the Samaná El Catey International Airport. The peninsula also has a lot of agriculture and social economy.

Here's the our members favorite photos of "Coastal Areas in Samana". Upload your photo of Samana Peninsula!

Going to Samana Peninsula? Get answers from our friendly locals

Get in touch with 3 Touristlink members who want to visit Samana Peninsula or with Luciana Lutz and Sommany who already have been here.