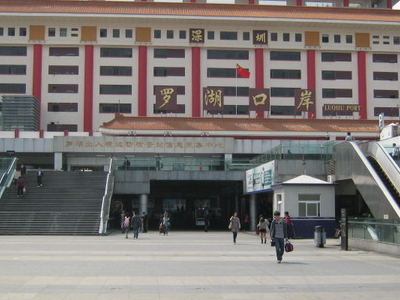 The Luohu Port (simplified Chinese: 罗湖口岸, pinyin: Luóhú Kǒuàn) is a port of entry of the People's Republic of China (PRC), located in Luohu District of Shenzhen in China, on the border of China with Hong Kong. Its counterpart in Hong Kong is the Lo Wu Control Point.

According to the Luohu District People's Government, Luohu Port is the busiest land border crossing in the World. The port of entry is operated by the Bureau of Exit and Entry Administration of the Ministry of Public Security, and the General Administration of Customs.

Here's the our members favorite photos of "Ports and Marinas in Shenzhen". Upload your photo of Luohu Port!

Going to Luohu Port? Get answers from our friendly locals

Ports and Marinas near Shenzhen

Ports and Marinas in Guangdong