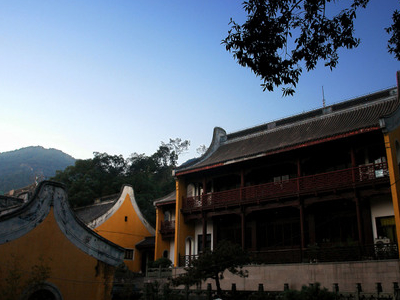 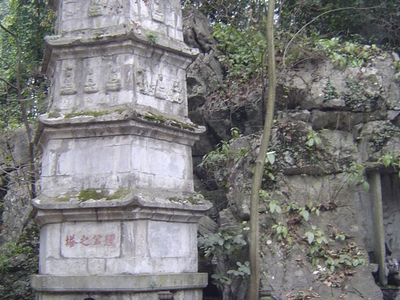 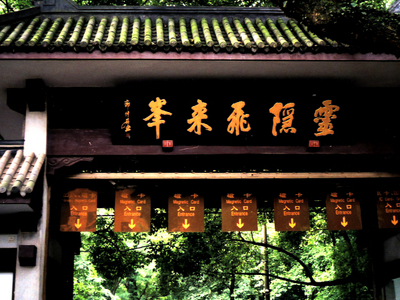 Lingyin Temple is a Buddhist temple of the Chan sect located north-west of Hangzhou, Zhejiang Province, People's Republic of China. The temple's name is commonly literally translated as Temple of the Soul's Retreat. It is one of the largest and wealthiest Buddhist temples in China, and contains numerous pagodas and Budddhist grottoes. The monastery is the largest of several temples in the Wulin Mountains , which also features a large number of grottos and religious rock carvings, the most famous of which is the Feilai Feng .

The monastery was founded in 328 AD during the Eastern Jin Dynasty by monk Hui Li, who came from India. From its inception, Lingyin was a famous monastery in the Jiangnan region. At its peak under the Kingdom of Wuyue (907-978), the temple boasted nine multi-storey buildings, 18 pavilions, 72 halls, more than 1300 dormitory rooms, inhabited by more than 3000 monks. Many of the rich Buddhist carvings in the Feilai Feng grottos and surrounding mountains also date from this era. Today, the temple is thriving as a destination for both pilgrims and tourists. It is regarded as one of the wealthiest monasteries in China, and regular pilgrims have included former paramount leader Deng Xiaoping.

Surrounds
The Wuling Mountains area is a major centre of Chan Buddhism in south-eastern China. A number of smaller temples are also located in the area. Today, Lingyin and the surrounding areas are marketed as the Lingyin-Feilai Feng Scenic Area, with ticketed admission.

Visitors enter from a screen wall marked with a four character inscription "the Western Heaven is within reach". Proceeding down the road from the entrance, the visitor first sees Feilai Feng on the left, then Lingyin Hill on the right. The entire scenic area is dotted with historic buildings and artwork, including pagodas, pavilions, bridges, and statues. The largest stone pagoda is located near the entrance. Called Elder Li's Pagoda, it houses the ashes of Hui Li, the Indian monk who founded Lingyin. The area is thickly wooded, with some trees labelled as many centuries old.

The Feilai Feng grottoes
Feilai Feng, or "the Peak that Flew Hither", also commonly translated as "Flying Peak", is located in front of the temple proper. The peak is so-named because it is made of limestone, giving it a craggy appearance very different from the surrounding mountains. Legend holds that the peak was originally from India (with some versions suggesting that it is Vulture Peak), but flew to Hangzhou overnight as a demonstration of the omnipotence of Buddhist law. A large number of carvings dot the surface of the peak. More are located in various caves and grottoes throughout the peak. Within the main cave, dedicated to the bodhisattva Guanyin, there is a crack in the ceiling of the cave that stretches up to the surface, so that a person standing at a certain position can see a sliver of sunlight. This is known as the "one thread of heaven".

Here's the our members favorite photos of "Temples in Hangzhou". Upload your photo of Lingyin Temple!

Going to Lingyin Temple? Get answers from our friendly locals