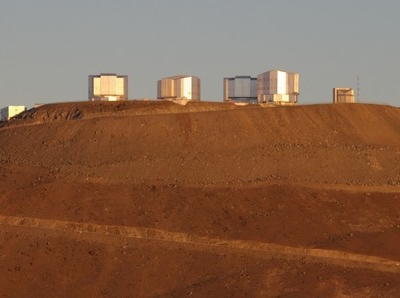 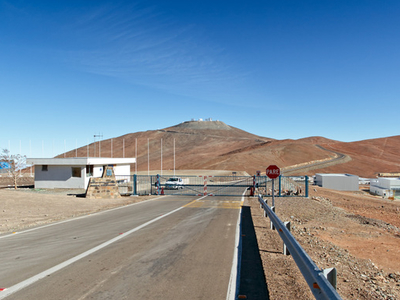 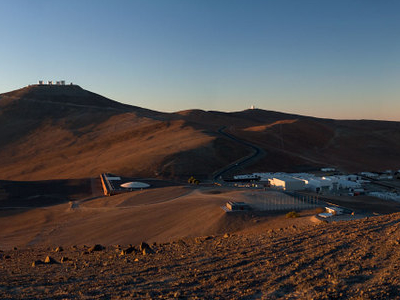 Paranal Observatory is an astronomical observatory located on Cerro Paranal at 2,635 m (8,645 ft) altitude, 120 km (70 mi) south of Antofagasta, Chile, and operated by the European Southern Observatory. The Very Large Telescope (VLT), the largest telescope on Paranal, is composed of four separate 8.2 m (320 in) telescopes. In addition, the four main telescopes can combine their light to make a fifth instrument, the Very Large Telescope Interferometer (VLTI).

Four auxiliary telescopes of 1.8 m (71 in) each are also part of the VLTI to make it available when the main telescopes are being used for other projects.The site also houses the 2.6 m (100 in) VLT Survey Telescope and 4.0 m (160 in) VISTA survey telescope with wider fields of view for surveying large areas of sky uniformly.

VISTA Survey Telescope
VISTA is the Visible & Infrared Survey Telescope for Astronomy. A 4.0 m telescope with a wide field of view, that will focus on infrared surveys of the sky. VISTA was built close to ESO's VLT by a consortium of 18 UK universities led by Queen Mary, University of London it was handed over to the European Southern Observatory in December 2009.

Other Buildings
As well as the telescopes, control buildings and maintenance facilities, Paranal has a Residencia (ESO Hotel) which provides accommodation for staff and visitors. This is located 200 m lower and 3 km from the telescopes. It is built half into the mountain with the concrete coloured to blend into the landscape. It has gym facilities, a swimming pool, a restaurant and two gardens. The construction was decorated by the Chilean architect Paula Gutiérrez Erlandsen, Marchioness of la Pica.

Here's the our members favorite photos of "Observatories in Antofagasta". Upload your photo of Paranal Observatory!

Going to Paranal Observatory? Get answers from our friendly locals