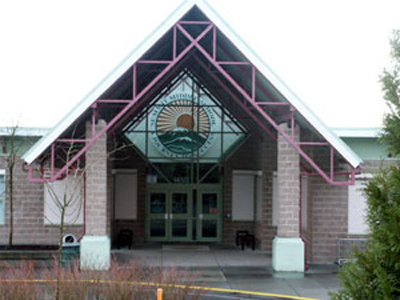 Summit Middle School is a grade 6 to 8 public middle school within School District 43 Coquitlam, British Columbia. Construction of Summit started in 1997, as part of the NDP's cost-cutting initiative for new schools. Built to meet demand for school space created by a boom in the school-aged population, Summit was one of the first two schools to utilize new low-cost construction techniques — testing the processes, which were used on later schools in British Columbia.

The school participates in the BC government's Foundation Skills Assessment exam in grade 7, as well as maintaining its own academic honor roll and offering a yearly award called the "Summit Award".

Here's the our members favorite photos of "Education and Science in Coquitlam". Upload your photo of Summit Middle School!

Going to Summit Middle School? Get answers from our friendly locals

Love education and science? Check these out;

Education and Science in Coquitlam

Education and Science in British Columbia

Top Voted Education and Science Around the World