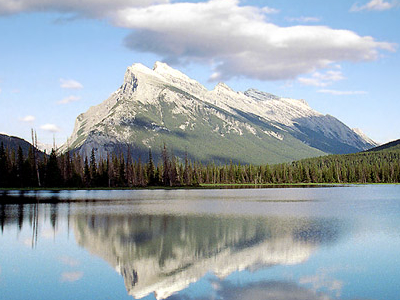 Save me
Been here
Want to go
Show on Map
Here to help 2 tour guides, 1 locals and 1 ambassador

Mount Rundle is a mountain in Banff National Park overlooking the towns of Banff and Canmore, Alberta. The mountain was named by John Palliser in 1858 after Reverend Robert Rundle, who had visited the Banff area during the 1840s. Mount Rundle is formed of outcrops of massive limestones of the Rundle Group, which was named for the mountain and defined here in 1953 by R.J.W. Douglas.

Here's the our members favorite photos of "Peaks or Summits in Banff National Park". Upload your photo of Mount Rundle!

Going to Mount Rundle? Get answers from our friendly locals

Eric D'Souza is the only Touristlink member to visit Mount Rundle. Have you been here? Click here to save it.

Peaks or Summits in Alberta