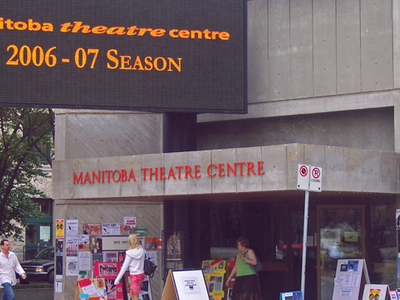 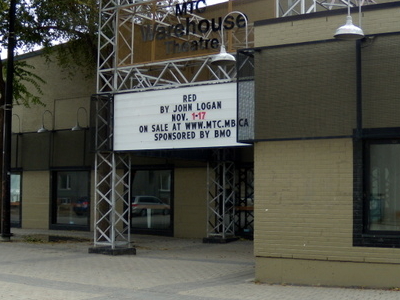 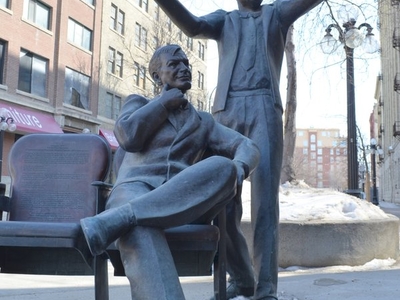 Royal Manitoba Theatre Centre (MTC) is Canada's oldest English-language regional theatre. Next to the Stratford and Shaw Festivals, MTC has a higher annual attendance than any other theatre in the country. It was founded in 1958 by John Hirsch and Tom Hendry as an amalgamation of the Winnipeg Little Theatre and Theatre 77. In 2010, the theatre received a royal designation from Her Majesty Queen Elizabeth II, and officially became the Royal Manitoba Theatre Centre.

Architecture :
The Royal Manitoba Theatre Centre was designed in the Brutalist style by Winnipeg's Number Ten Architectural Group with input from artistic director Eddie Gilbert. With its exposed concrete sculptural form, an informal interior theatre space and a foyer originally conceived to balance large gatherings and smaller intimate groups in the same space, the Royal Manitoba Theatre Centre is one of Canada's most important small-scale Brutalist designs.