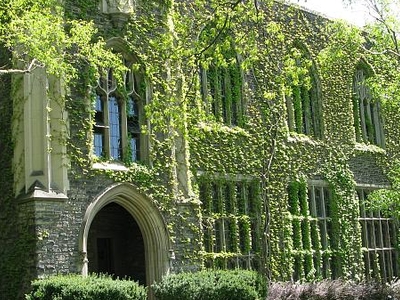 Emmanuel College is a theological college of Victoria University at the University of Toronto. Affiliated with the United Church, it is a member institution of the Toronto School of Theology. The principal is the Rev. Dr Mark G. Toulouse. Emmanuel College is a member of the Association of Theological Schools in the United States and Canada. Emmanuel College has its origins in Victoria College, a Methodist college founded in 1836.. When the merger to create The United Church of Canada took place in 1925, a number of congregations in the Presbyterian Church in Canada chose to remain a distinct denomination. Knox College, University of Toronto, was expected to serve as the new church's main seminary. However, the Legislative Assembly of Ontario awarded it to the continuing Presbyterians.

Emmanuel College was the scene in which the British band, Tears for Fears filmed the music video for their song "Head over Heels" in the summer of 1985.

Here's the our members favorite photos of "Universities in Toronto". Upload your photo of Emmanuel College!

Going to Emmanuel College? Get answers from our friendly locals