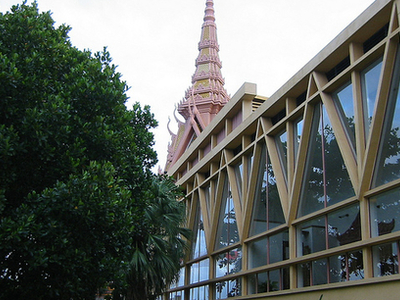 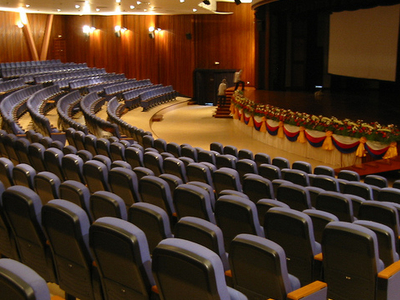 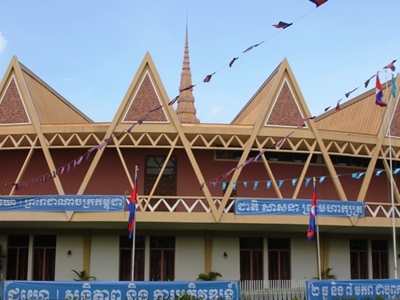 Chaktomouk Hall was built by Vann Molyvann in the 1960s and completed in 1961 when Cambodia was still free and peaceful. The 570-seat auditorium's structure was inspired by an unfolded hand-held fan as Chaktomuk Hall flares out like a hand-held fan. The hall, on the banks of the Tonlé Sap river in Phnom Penh, is still in use as a performance space. Previously known as La Salle de Conférence Chaktomuk, it was earmarked for redevelopment as a restaurant in 1991. However, it was brought back into use as a theatre in 1994 following the devastating fire at the National Theatre.

In 2000, the Chaktomouk Conference Hall was completely refurbished, mainly to provide international-standard facilities for conferences. The hall is still in use as a performance space. The hall was completely abandoned during the Khmer Rouge regime. In 1979, the People's Republic of Kampuchea decided to try the former Khmer Rouge leaders in absentia in the hall. Nowadays, it is used to accommodate hundreds of people on occasions such as government conferences and cultural events.

Here's the our members favorite photos of "Convention Centers in Phnom Penh". Upload your photo of Chaktomouk Hall!

Going to Chaktomouk Hall? Get answers from our friendly locals

Love convention centers? Check these out;