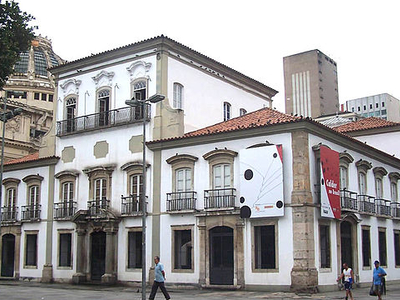 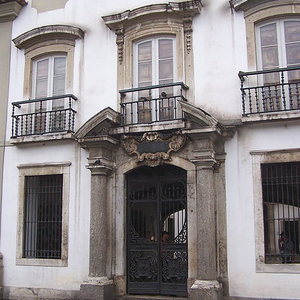 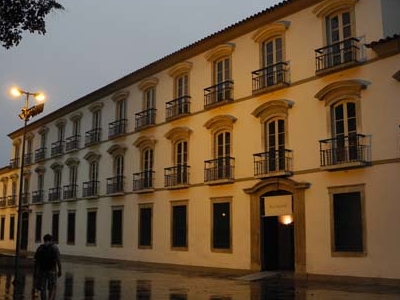 Save me
Been here
Want to go
Show on Map
Here to help 17 tour guides, 141 locals and 1 ambassador

The Paço Imperial or Imperial Palace, is a historic building in the center of the city of Rio de Janeiro, Brazil. The Paço Imperial was built in the 18th century to serve as residence for the governors of colonial Brazil. From 1808, it was used as a royal residence by King John VI of Portugal as King of Portugal and later also as King of Brazil. In 1822 it became the city palace of the monarchs of the Empire of Brazil, Pedro I and Pedro II, who used it not as a residence, but as a workplace. It was one of the main political centers of Brazil for nearly 150 years, from 1743 to 1889. The Paço Imperial is located in the Praça XV in central Rio. Due to its architectural and historical significance, it is one of Brazil's most important historic buildings. Today it serves as a cultural center.

Royal Palace
The Palace became a Royal Palace (Paço Real) in 1808, when the court of Prince Regent John VI arrived in Rio, escaping the invasion of Portugal by Napoleon. Here the Prince Regent (and later King) John VI ruled the newly-named United Kingdom of Portugal, Brazil and Algarves. Around this time, a third floor was added to the central portion of the façade of the Palace which faced the sea. At the back of the Palace, an elevated passageway was built to link the Palace with the Carmelite Convent, where Queen Mary I of Portugal was housed. A throne room was arranged on the second floor of the Palace, and there the traditional ceremony of beija-mão (hand kissing) took place.

Imperial Palace
In 1822, Brazil became an independent nation as the Empire of Brazil. The Palace continued as an administrative center under Emperor Pedro I and his successor Pedro II. At this time it was renamed the Imperial Palace (Paço Imperial). The Emperors resided at the São Cristóvão Palace (Palace of St. Christopher), but the Imperial Palace remained the formal seat of the Court and the monarch's workplace. Several important events in the History of Brazil are associated with the Paço Imperial. On 9 January 1822, Pedro I announced from one of the balconies of the Palace facing the square that he would refuse Portuguese orders and remain on in an independent Brazil (the so-called Dia do Fico). During 1888 in one of the Palace chambers, Pedro II's daughter Princess Isabel, acting as regent, signed the famous Lei Áurea, which definitively banned slavery from Brazil. In addition, the Palace and its adjacent square and chapel were the scene for the coronations of John VI, Pedro I and Pedro II and other public celebrations.

Decadence & Recovery
With the establishment of the Republic of Brazil in 1889, the Paço Imperial lost its former importance and was converted into the central Mail Office for Rio de Janeiro. The interior decorations of the rooms were dispersed, and the façades were modified. In 1980 a major restoration returned the building to the appearance it had around 1818. This task was made easier as an enormous number of images from the 18th and 19th centuries depict the Palace in detail. Since 1984 the Paço Imperial has been an important cultural center, hosting temporary art exhibitions of painting, sculpture, cinema, music, etc. It also houses the Paulo Santos Library, specializing in art, architecture and engineering, and also containing several rare books from the 16th to the 18th centuries.

Here's the our members favorite photos of "Historic Houses in Rio de Janeiro". Upload your photo of Paco Imperial!

Going to Paco Imperial? Get answers from our friendly locals

Connect with Rios Historia and Rafaelmuilaert who have already visited Paco Imperial.