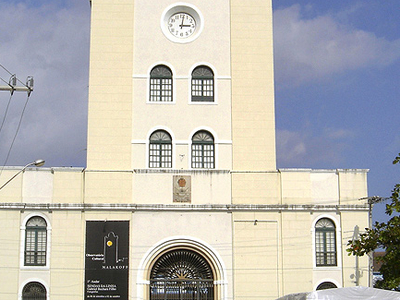 Malakoff Tower is a tower located in Recife Antigo, Recife. This monument was built between 1835 and 1855 to be used as an observatory and as the main entrance and gateway for Arsenal da Marinha (Navy Arsenals) square. It has been registered as a Historical Patrimony and was named after a similar monument on the Crimean peninsula, used as a defense center for Sevastopol on the Crimean war.

The tower was renovated in 1999, keeping the old features of the Tunisian-style monument. Today, it is a cultural area and astronomical observatory:

Here's the our members favorite photos of "Observatories in Recife". Upload your photo of Malakoff Tower!

Going to Malakoff Tower? Get answers from our friendly locals

Fishi Zinha is the only Touristlink member to visit Malakoff Tower. Have you been here? Click here to save it.