The 10 Greatest Treks in Peru 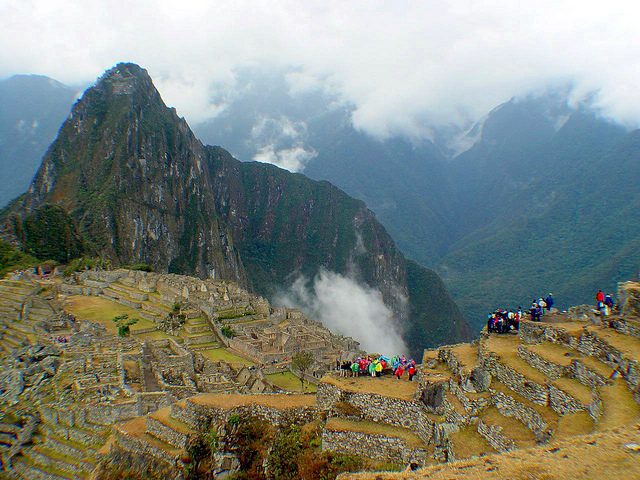 Machu Picchu and the Inca Trail are probably the first treks that come to mind when considering treks in Peru. However, the Peruvian Andes probably offer some of the best trekking in the entire South America. Los Huascarán 6,768 m (22,205 ft) in the Cordillera Blanca is the 4th tallest peak in the western hemisphere. Probably the most popular trek in the Cordillera Blanca is the famous Santa Cruz Trek. If your looking for something closer to Cusco the trek to Ausangate (6384m) is a great option to get a real look at the Andes. Here is a closer look at what we think might be the top ten treks in Peru.

The Inca Trail to Machu Picchu consists of three overlapping trails: Mollepata, Classic, and One Day. Mollepata is the longest of the three routes with the highest mountain pass and intersects with the Classic route before crossing Warmiwañusca (“Dead Woman’s Pass”). Located in the Andes mountain range, the trail passes through several types of Andean environments including cloud forest and alpine tundra.
View trekking package

Ausangate is a mountain of the Willkanuta mountain range in the Andes of Peru. With an altitude of 6,384 metres it is situated around 100 kilometres southeast of Cusco. The mountain has significance in Incan mythology. The region is inhabited by llama and alpaca herding communities, and constitutes one of the few remaining pastoralist societies in the World. High mountain trails are used by these herders to trade with agricultural communities at lower elevations. Currently, one of these trails, “the road of the Apu Ausangate”, is one of the most renowned treks in Peru.
View trekking package

Choquequirao is in Sacred Valley of the Incas of Peru. Choquequirao Complex is very interesting and one of the most popular treks in Cusco area. Choquequiraw is situated in the spur of the mountain range of Salkantay, over 3030m surroundedby the Apus of Yamana, Ampay, Chokecarpu, Pumasiyo and Panta, on the left bankof Apurimac river. In the time of the Incas, it was united and in communication with Machu Picchu by a complex network of trails.
View trekking package

The Salkantay Trek is a trek in Peru and an alternative to the traditional Inca Trail for reaching Machu Picchu. The trek crosses the Salkantay Pass at 4600m, descends into the cloud forest and passes the Inca ruins Llactapata, with a view of Machu Picchu. This trek, was named among the 25 best Treks in the World, by National Geographic Adventure Travel Magazine. The part around Mount Salkantay has some outstanding views and the descent later down to 1,000 m above sea level is quite gorgeous and not too steep.
View trekking package

Santa Cruz is a mountain in the Cordillera Blanca in the Andes of Peru; within Santa Cruz District, Huaylas Province, Ancash. The Santa Cruz trek is a popular three-to-four-day hike that goes through the Huascaran National Park in the Cordillera Blanca mountain range, which is located near the town of Huaraz. The best time to do the trek is during the dry season, from May to September.
View trekking package

Alpamayo is one of the most conspicuous peaks in the Cordillera Blanca mountain range of the Peruvian Andes. It is a steep (sixty degrees), almost perfect pyramid of ice, one of a number of peaks that compose the Santa Cruz massif, the northernmost massif of the Cordillera Blanca. Although smaller than many of its neighboring peaks, it is distinguished by its unusual formation and overwhelming beauty. It actually has two sharp summits, North and South, separated by a narrow corniced ridge.

Cotahuasi Canyon near the city of Arequipa in Peru is the deepest canyon in the World. Its maximum depth is 3535 metres in the vicinity of Ninancocha, 335 metres more than the Colca Canyon. The Cotahuasi Canyon is an impressive chasm that the river has eroded between two enormous mountain massifs: the Coropuna and the Solimana. One extends from spurs of the snow-covered Solimana to the confluence with the Ocoña river.

The Cordillera Huayhuash is a mountain range in the Andes of Peru. It is located in the boundaries of the Ancash Region, Lima Region, y Huanuco Region. There are several Cities there including Soltera Cocha, Jahuacocha, Carhuacocha and Sarapococha. The range has become noted for trekking in the form of the Huayhuash Circuit, which is considered quite a challenge and is undoubtedly far more demanding than the famous Inca Trail in the south of Peru. Fewer people trek the Huayhuash than the nearby Cordillera Blanca.

The Lares trek is a two- or three-day high-altitude hike in Cusco, Peru, starting near the village Lares, approximately 40 miles north of Cusco and 35 miles east of Machu Picchu. The Lares Valley lies in the east of the Urupampa mountain range, traversing part of the Sacred Valley. Reaching the start of the trek requires a bus or van trip of approximately 5 hours from the village of Lares. The Lares trek route transverses typical Peruvian Andean mountain areas.

The Cordillera Blanca is a mountain range in the Ancash Region of Peru. Part of the larger Andes range, it includes 33 major peaks over 5,500 metres high in an area 21 kilometres wide and 180 kilometres long. The highest mountain in Peru, Huascaran (6,768 m), is located here. Huascaran National Park, established in 1975, encompasses almost the entire range of the Cordillera Blanca.