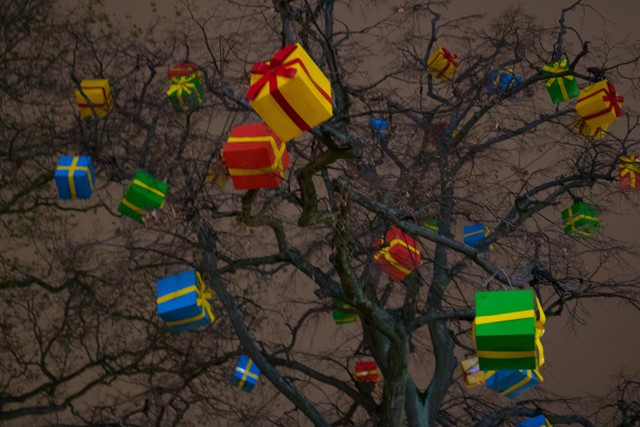 Looking to getaway for the Holidays. Here are 15 cities that offer up the Christmas experience. The only exception here is Santa Claus village in Finland which is more of an amusement park. Most of these cities are in Europe and North America where the winter snow can add to the holiday charm. New York City tops our list with the opportunity to visit the Rockefeller Tree. Christmas is just the start of the celebration which leads up to Three Kings Day in Barcelona which is second on our list. Read on to check the rest of the 15 in the list.

New York is the most populous city in the United States and the center of the New York metropolitan area, one of the most populous urban agglomerations in the World. The city is referred to as New York City or the City of New York to distinguish it from the State of New York, of which it is a part.

Barcelona is the capital city of the autonomous community of Catalonia in Spain and Spain’s second most populated city, with a population of 1.6 million within its administrative limits. Barcelona is one of the world’s leading tourist, economic, trade fair and cultural centers, and its influence in commerce, education, entertainment, media, fashion, science, and the arts all contribute to its status as one of the world’s major global cities.

Quebec, also Québec, City of Québec, Quebec City, or Québec City, is the capital of the Canadian province of Quebec. The city’s famous landmarks include the Château Frontenac, a hotel which dominates the skyline, and La Citadelle, an intact fortress that forms the centre-piece of the ramparts surrounding the old city.

Amsterdam is the capital city and most populous city of the Kingdom of the Netherlands. It is one of the most popular tourist destinations in Europe, receiving more than 4.63 million international visitors annually, this is excluding the 16 million day trippers visiting the city every year. The number of visitors has been growing steadily over the past decade.

Cologne, Germany’s fourth-largest city (after Berlin, Hamburg, and Munich), is the largest city both in the German Federal State of North Rhine-Westphalia and within the Rhine-Ruhr Metropolitan Area, one of the major European metropolitan areas with more than ten million inhabitants.

Boston is the capital and largest city of the Commonwealth of Massachusetts in the United States. One of the oldest cities in the United States, Boston was founded on the Shawmut Peninsula in 1630 by Puritan settlers from England. It was the scene of several key events of the American Revolution, such as the Boston Massacre, the Boston Tea Party, the Battle of Bunker Hill, and the Siege of Boston.

Paris is the capital and most-populous city of France. Situated on the Seine River, in the north of the country, it is in the Centre of the Île-de-France region, also known as the région parisienne, “Paris Region”. Paris is the home of the most visited art museum in the world, the Louvre, as well as the Musée d’Orsay, noted for its collection of French Impressionist art, and the Musée National d’Art Moderne, a museum of modern and contemporary art.

Tromsø is a city and municipality in Troms county, Norway. The administrative centre of the municipality is the city of Tromsø. The city centre of Tromsø contains the highest number of old wooden houses in Northern Norway, the oldest house dating from 1789. The Arctic Cathedral, a modern church from 1965, is probably the most famous landmark in Tromsø. The city is a cultural centre for its region, with several festivals taking place in the summer.

Venice is a city in northeastern Italy sited on a group of 118 small islands separated by canals and linked by bridges. It is located in the marshy Venetian Lagoon which stretches along the shoreline, between the mouths of the Po and the Piave Rivers. Venice is renowned for the beauty of its setting, its architecture, and its artwork. The city in its entirety is listed as a World Heritage Site, along with its lagoon.

Edinburgh is the capital city of Scotland, located in Lothian on the southern shore of the Firth of Forth. It is the second most populous city in Scotland and the seventh most populous in the United Kingdom. The most recent official population estimates are 464,990 for the city of Edinburgh itself and 492,680 for the local authority area.

Prague is the capital and largest city of the Czech Republic. It is the 14th largest city in the European Union. It is also the historical capital of Bohemia. Situated in the north-west of the country on the Vltava River, the city is home to about 1.24 million people, while its larger urban zone is estimated to have a population of nearly 2 million.

Zurich is the largest city in Switzerland and the capital of the canton of Zurich. It is located in north-central Switzerland at the northwestern tip of Lake Zurich. The municipality has approximately 390,000 inhabitants, and the Zurich metropolitan area 1.83 million. Zurich is a hub for railways, roads, and air traffic. Both Zurich Airport and railway station are the largest and busiest in the country.

Malmö is the most populous city in Skåne County, and the third largest city in Sweden and the 6th largest in the Nordic Countries. Together with Copenhagen (in Denmark), it constitutes the transnational Øresund Region, the most densely populated area in Scandinavia. It is ranked the fourth-most inventive city in the World.

Vienna is the capital and largest city of Austria, and one of the nine states of Austria. Vienna is Austria’s primary city, with a population of about 1.8 million, and its cultural, economic, and political centre. It is the 7th-largest city by population within city limits in the European Union.