15 Astonishing Tree Tunnels You Should Visit 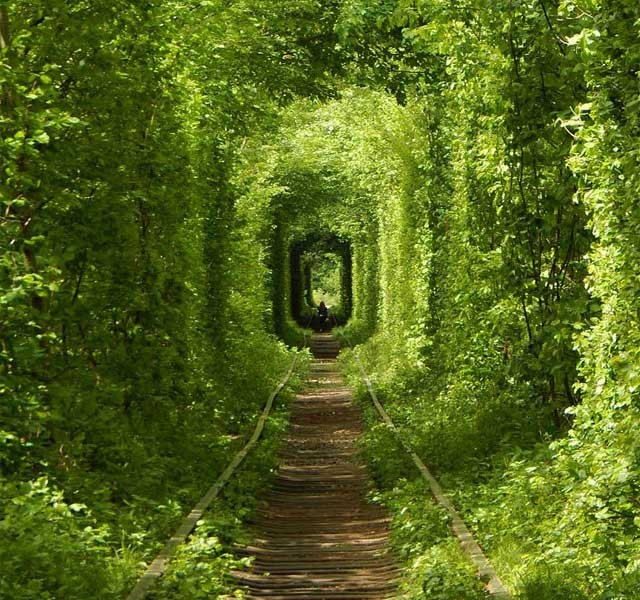 Tree tunnels come in all shapes and sizes but they almost always capture our imagination. Some of them occur naturally without any helping hand when a dense canopy grows over a stretch of trail. Others form along roads and trails where trees have been planted on either side and have grown densely together and the canopy covers the entire pathway. In some cases careful gardening and scaffolding have been placed with the intention of growing a living tunnel. Here is a look at 15 of the world’s most amazing tree tunnels.

Salem was the first city in Oregon to receive the award. In keeping with the city’s “Cherry City” theme, flowering cherry trees have been planted along many Salem streets as well as on the Capitol Mall across from the Capitol….

2. The Dark Hedges in Northern Ireland

The Dark Hedges is a unique stretch of the Bregagh Road near Armoy, in Ireland, that looks like something from a Tim Burton movie. Over the past 300 years or so, the Beech trees guarding either side of the lane have reached up and across to each other, becoming heavily intertwined to create a natural arched tunnel where shadow and light plays through entwined branches.

Sweeping crape myrtle trees enclose a stone walkway to create this magnificent garden. This natural tunnel leads visitors to the popular “frog Fountain” water feature, Polliwogs.Opened to the public in 1994, Crape Myrtle Allee was originally funded by the Communities Foundation.

A tremendously popular spot amongst eastern sierra photographers is the Leaf Tunnels along North Lake Road off route 168 just outside the town of Bishop California. Being from the east coast, I grew up in a place where trees did quite a job of showing off their autumn colors..

Awenda Provincial Park is a provincial park in western Ontario located on the northern tip of the Penetanguishene Peninsula on Georgian Bay. The park occupies an area of 29.15 square kilometres (11.25 sq mi). It is classified as a Natural Environment Park and therefore all land is protected.

Bodnant Garden is visited by around 190,000 people every year and is famous for its Laburnum Arch, the longest in the UK, which flowers in May and June.

Oak Alley Plantation is a historic plantation located on the West Bank of the Mississippi River, in the community of Vacherie, St. James Parish, Louisiana, U.S. It is protected as a National Historic Landmark.

M-119 is a 27.548-mile (44.334 km) state trunkline highway entirely within Emmet County in the US state of Michigan. The highway follows the shore of Lake Michigan and the Little Traverse Bay, with its southern terminus at US Highway 31.

The Tunnel of Love is an amusement railway located near Klevan, Ukraine. It is a railway surrounded by green arches and is three kilometers in length. It is known for being a favorite place for couples to take walks.

Oak Gonçalo street is a street located in the neighborhood Independence of the city of Porto Alegre, the state capital Brazil’s Rio Grande do Sul. Flanked of trees of the genus tipuana, became internationally known after a campaign by its preservation

Arashiyama is famous for its Bamboo forest paths which are over 500 meters long, set between Tenryuji temple and Nonomiya Shrine. The most beautiful spot is not at the beginning of the path, but further away past Tenryuji temple entrance, where bamboo groves grow further apart from each other, allowing it to become thick and beautiful.

The Japanese town of Kitakyushu, which is a 4-hour drive from Tokyo, known for its flower garden Kawachi Fuji (Kawachi Fuji Garden), one of the main attractions is a tunnel wisteria (Wisteria Tunnel).Wisteria or Wisteria – one of the most beautiful climbing plants, is a large deciduous woody vines with hard barrel. Wisteria flowers with delicate sweet aroma, are collected in a large hanging brush of various colors: white, blue, purple, violet-blue, purple, pink or purple.

The 15 Deepest Canyons You Have to Visit
15 Must See Historic and Cultural Monuments
Best Safaris for 2017
Wat Chaiwatthanaram
Categories: Travel