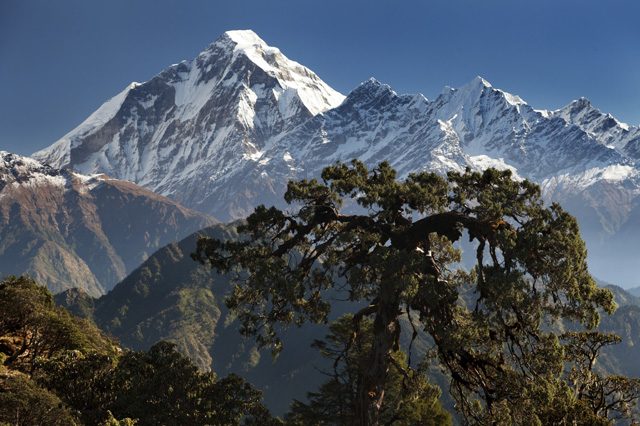 We come across amazing travel blogs and inspiring travel stories every day. So we have made it our mission to share some of the best stories we find every week here on our blog and in our weekly email. If you’re a blogger and have a great post for us to share in a weekly roundup drop us an email.

Every Year, around March/May, like a Swiss clock, my friends start emailing me with the same old request: “Clelia, this summer I really want to go to Sardinia! Can you recommend the best places/beaches and how to find cheap Hotels, Resorts and Villas in Sardinia?”

The many faces of the Burj Khalifa

I expected a large, beastly metal monster. Expected it to tower over its surroundings casting a shadow on all that lay below it. Truth be told, I had never taken a good look at the Burj Khalifa. I couldn’t have picked it out of a lineup, I didn’t watch the Mission Impossible scene with Tom precariously hanging off it and I had no real interest in a building that was built purely to become a statistic.

What We Did in the Cameron Highlands

We had read about the Cameron Highlands in central Malaysia as a good place to escape the heat and humidity of the coastal areas, and when we were planning our time in South East Asia, they seemed like a good place to stop between Kuala Lumpur, our arrival point, and Penang where we would be housesitting.

A lot of kickasstrips are dreamed up over one too many alcoholic beverage in the pub. In similar fashion Dustin Corkery and Adrian Traquair had a vodka infused epiphany while playing a game of chess in 2007. In their moment of brilliance they dreamed up the plan for a rafting adventure down the Indian and holy Ganges river.

9 Reasons to Try Solo Travel At Least Once

I got back from a six-week solo trip a couple of weeks ago, and wanted to write about my whole chaotic experience since the second the plane touched the ground at LAX. However, it’s taken a little processing and some time to get a good perspective on my trip.

Father Alfred Rieper kissed the altar and turned to the congregation, blessing the people with the words he always said on Sundays towards the end of Mass: “Benedicat vos omnipotens Deus, Pater, et Filius, et Spiritus Sanctus.”

The 14 Most Beautiful Peaks of the Himalayas

Wondering what the most beautiful peaks are in the Himalayas? Here is a quick look at what I think might be the top 14. I had to skip a few peaks like Mt. Siniolchu & Pandimin Sikkim and Changabang & Bhagirathi II in the Garwhal Himalayas since I didn’t have any photos on hand to do them justice. If I didnt include your favorite in the list please leave a comment and when it comes time to update this post I’ll look to include it. This list is in no particular order.

Jakarta is the capital of Indonesia and it is no different than other big Asian cities- it is colourful, interesting and… crowded. We don’t like spending too much time in big agglomerations, we prefer small islands far away from hustle and bustle of the big cities. So visiting Jakarta, Bangkok or Hanoi for a few days was enough for us!

Eating, like traveling, is a way to relate with the world and with new cultures. That’s why when I travel, I make the local cuisine a big part of my adventure. That joy you feel when you taste something so different and so surprising for the first time. When you learn a new word for a new fruit you’ve never seen nor heard of before.

There are millions of roads running across the world, some of them have been built along dramatic coastlines or beaches, few crisscross through craggy mountain passes or deserts, gorgeous landscapes or simply high above the sea level. In case, you are wondering about your next destination for scenic drives, have a look at some of the most interesting roads here.

Living A Fantasy In The Fakarava Atoll

My first week on a coral atoll was filled with many ‘firsts’, but nothing could have prepared me for what was to come. Living and diving in Rangiroa was great and all – but the second and final stop in the Tuamotu Archipelago of French Polynesia is something I’ll never forget. This week, we head to Fakarava, known as the ‘Dream Island’.