10 Places You Will Never Get to Visit 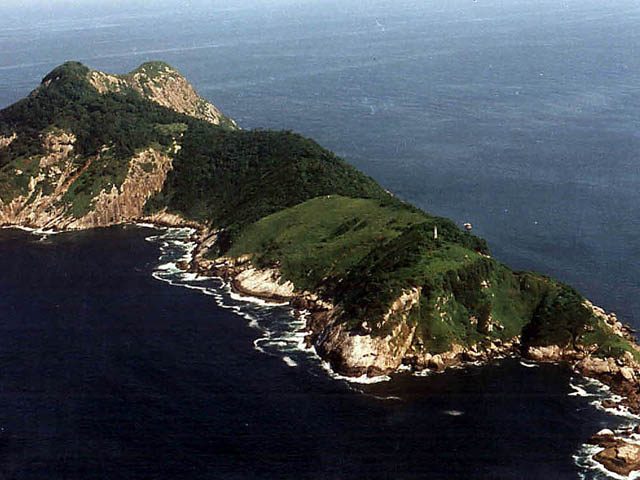 Here is a look at some of the world’s most difficult or even impossible places to visit. It might surprise travelers to know that many places have been ruled off limits to tourist either because of religious or cultural significance or just to preserve a delicate environment such as the Lascaux Caves in France. In the Himalayas some mountains remain unclimbed because of the sacred nature of the summit and some holy sites just do not allow visitors. Of course there are many places around the world that are difficult to visit and this list takes a look at some of the most difficult and yet most intriguing.

Area 51, also officially known as Groom Lake or Homey Airport is a remote detachment of Edwards Air Force Base. According to the Central Intelligence Agency (CIA), the correct names for the Area 51 facility are the Nevada Test and Training Range and Groom Lake, though the name Area 51 has been used in official CIA documentation. Other names used for the facility include Dreamland, Paradise Ranch, Home Base, Watertown Strip, and most recently Homey Airport.

Ilha da Queimada Grande, also known as Snake Island, is an island located off the coast of Brazil in the Atlantic Ocean. It is administered as part of the municipality of Itanhaém in the State of São Paulo. The island is small in size and has many different types of terrain, ranging from bare rock to rainforest. The island has a temperate climate. The island is the only home of the critically endangered, venomous Bothrops insularis (golden lancehead pit viper), which has a diet of birds.

Pine Gap is the commonly used name for a satellite tracking station approximately 18 kilometres (11 mi) south-west of the town of Alice Springs in the centre of Australia which is operated by both Australia and the United States. Since 1988 it has been officially called the Joint Defence Facility Pine Gap; previously, it was known as Joint Defence Space Research Facility. The facility consists of a large computer complex with 14 radomes protecting antennae and has over 800 employees.

Lascaux is the setting of a complex of caves in southwestern France famous for its Paleolithic cave paintings. The original caves are located near the village of Montignac, in the department of Dordogne. They contain some of the best-known Upper Paleolithic art. These paintings are estimated to be 17,300 years old. They primarily consist of images of large animals, most of which are known from fossil evidence to have lived in the area at the time. In 1979, Lascaux was added to the UNESCO World Heritage Sites list along with other prehistoric sites in the Vézère valley.

Poveglia is a small island located between Venice and Lido in the Venetian Lagoon, northern Italy. A small canal divides the island into two parts. It is off-limits to visitors. The island first came to be referenced in chronicles in 421 AD, when people from Padua and Este fled there to escape the barbaric invasions. The island has been featured on the paranormal reality shows Death in Venice: Demon Doctor, Ghost Adventures and Scariest Places on Earth.

Ise Grand Shrine is a Shinto shrine dedicated to goddess Amaterasu-ōmikami, located in the city of Ise in Mie prefecture, Japan. Officially known simply as Jingū, Ise Jingū is in fact a shrine complex composed of a large number of Shinto shrines centered on two main shrines, Naikū and Gekū. The Inner Shrine, Naikū, is located in the town of Uji-tachi, south of central Ise City, and is dedicated to the worship of Amaterasu-ōmikami. The Outer Shrine, Gekū, is located about six kilometers from Naikū and dedicated to Toyouke no ōmikami.

Surtsey is a volcanic island off the southern coast of Iceland. Surtsey is the southernmost point of Iceland. It was formed in a volcanic eruption which began 130 metres (426 ft) below sea level, and reached the surface on 15 November 1963. The eruption lasted until 5 June 1967, when the island reached its maximum size of 2.7 sq km (1.0 sq mi). Since then, wind and wave erosion have caused the island to steadily diminish in size: as of 2002, its surface area was 1.4 sq km (0.54 sq mi).

White’s is a gentleman’s club situated in St James’s Street, London, United Kingdom. Founded in 1693, it is the oldest and also widely considered one of the most exclusive gentleman’s club in London. The club gained reputation in the 18th century for both its exclusivity and the often raffish behaviour of its members. Notable current members include Charles, Prince of Wales, Prince William, Duke of Cambridge, Conrad Black and Tom Stacey. Former British Prime Minister David Cameron was formerly a member for fifteen years but resigned in 2008, despite his father Ian Cameron having previously been the club’s chairman, over the club’s refusal to admit women.

Mezhgorye is a closed town in the Republic of Bashkortostan, Russia, located in the southern Ural Mountains near Mount Yamantau, about 200 kilometers (120 mi) southeast of Ufa, the capital of the republic, on the banks of the Maly Inser River (a tributary of the Kama River). Mezhgorye is home to two Russian military battalions that serve a secret nuclear missile base. It has been reported that the ballistic missiles stationed there are capable of being automatically, and remotely triggered if sensors detect a nuclear strike.

Club 33 is a private club located in the heart of the New Orleans Square section of Disneyland. Originally maintained as a secret feature of the theme park, the entrance of the club was formerly located next to the Blue Bayou Restaurant at “33 Royal Street” with the entrance recognizable by an ornate address plate with the number 33 engraved on it. Following a major remodel in 2014, the entrance was relocated to the intersection of Royal Street and Orleans Street in New Orleans Square opposite the La Mascarade d’Orleans shop.