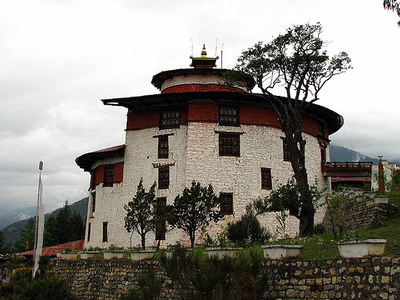 The Bhutan Textile Museum or the National Textile Museum is a national textiles museum in Thimphu, Bhutan, located near the National Library of Bhutan. It is operated by the National Commission for Cultural Affairs. Since its establishment in 2001, the museum has generated national and international attention and has garnered a substantial collection of antique textile artefacts, exclusive to Bhutan.

The objective of setting up the museum is to promote Bhutan's achievements in the field of textile arts and to sustain and promote interest of the weavers to continue the traditional textile patterns. The museum also envisions to become the centre for textile studies and research. The purpose is also to promote the history and culture of Bhutan.

The significance of Bhutan's textiles is attributed to many factors such as: its intricate patterns in textile art (unique in the World), skills and methods adopted in their creation, noteworthy role in religious, official and social events represented by "glyphs and symbols of ancient knowledge" and their deep sacred connotation.

The Bhutan Textile Museum was first conceived by Her Majesty, the Queen Ashi Sangay Choden Wangchuck. It was established in 2001 and inaugurated by the Queen. Danish funding to the tune of US $165,000 enabled development of the infrastructure of the museum. Government of Bhutan and private donors have also provided assistance to set up the museum and the technical support of the Peabody Essex Museum in the United States. Wangchuck serves as the patron of the museum and has enhanced national and international interest in the Bhutanese textile industry.