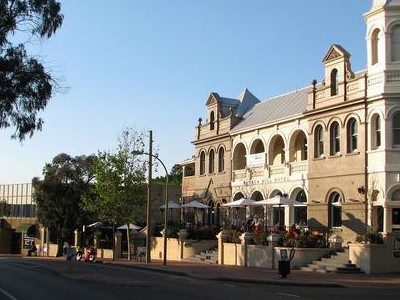 Victoria Park is an inner south eastern suburb of Perth, Western Australia. Its Local Government Area is the Town of Victoria Park. Victoria Park is the eastern gateway to Perth's central business district, being the intersection of the three original eastern arterial roads: Albany Highway, Canning Highway, Great Eastern Highway, and the Causeway Bridge. The Causeway connects Victoria Park to the city, located 3 km to the northwest.

The suburb of Victoria Park derives its name from "Victoria Park Estate", a development that took place there in the 1890s. It is believed the name was given to the estate because Queen Victoria was still on the throne, although it may be connected with Victoria Park in Melbourne.

Here's the our members favorite photos of "Towns & Villages in Perth". Upload your photo of Victoria Park!

Going to Victoria Park? Get answers from our friendly locals