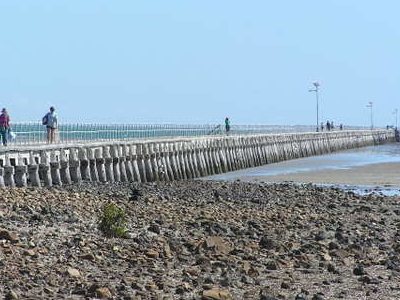 Port Germein is a small sea-side town situated 27 km to the north of Port Pirie on the eastern side of South Australia's Spencer Gulf. Named after either Captain John Germein or his brother Samuel Germein, the township was proclaimed in 1878. Port Germein's population in the 2006 census was 249.

Here's the our members favorite photos of "Towns & Villages in South Australia". Upload your photo of Port Germein!

Going to Port Germein? Get answers from our friendly locals