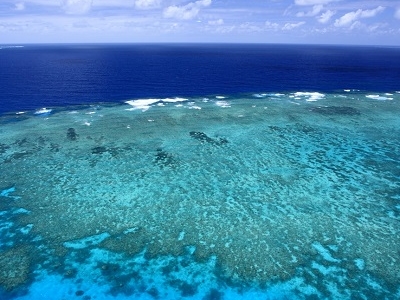 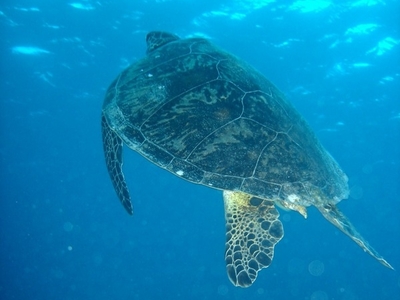 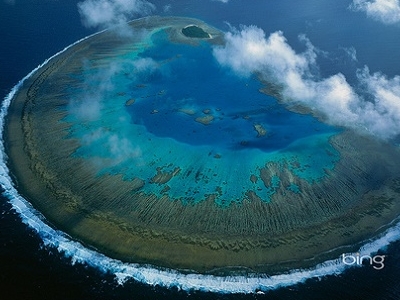 The Great Barrier Reef is the World's largest coral reef system composed of over 2,900 individual reefs and 900 islands stretching for over 2,300 kilometres (1,400 mi) over an area of approximately 344,400 square kilometres (133,000 sq mi). The reef is located in the Coral Sea, off the coast of Queensland, Australia.

The Great Barrier Reef can be seen from outer space and is the world's biggest single structure made by living organisms. This reef structure is composed of and built by billions of tiny organisms, known as coral polyps. It supports a wide diversity of life and was selected as a World Heritage Site in 1981. CNN labelled it one of the seven natural wonders of the world. The Queensland National Trust named it a state icon of Queensland.

A large part of the reef is protected by the Great Barrier Reef Marine Park, which helps to limit the impact of human use, such as fishing and tourism. Other environmental pressures on the reef and its ecosystem include runoff, climate change accompanied by mass coral bleaching, and cyclic population outbreaks of the crown-of-thorns starfish. According to a study published in October 2012 by the Proceedings of the National Academy of Sciences, the reef has lost more than half its coral cover since 1985.

The Great Barrier Reef has long been known to and used by the Aboriginal Australian and Torres Strait Islander peoples, and is an important part of local groups' cultures and spirituality. The reef is a very popular destination for tourists, especially in the Whitsunday Islands and Cairns regions. Tourism is an important economic activity for the region, generating over $3 billion per year.

In November 2014, Google launched Google Underwater Street View in 3D of the Great Barrier Reef. A March 2016 report stated that the reef was experiencing widespread coral bleaching as a result of warming ocean temperatures. And also the longest global reef bleaching event ever, which have been recording on planet since 1998.

Tourism:
Due to its vast biodiversity, warm clear waters and accessibility from the tourist boats called "live aboards", the reef is a very popular destination, especially for scuba divers. Tourism on the Great Barrier Reef is concentrated in Cairns and also The Whitsundays due to their accessibility. These areas make up 7%–8% of the Park's area. The Whitsundays and Cairns have their own Plans of Management. Many cities along the Queensland coast offer daily boat trips. Several continental and coral cay islands are now resorts, including the pristine Lady Elliot Island. As of 1996, 27 islands on the Great Barrier Reef supported resorts.

In 1996, most of the tourism in the region was domestically generated and the most popular visiting times were during the Australian winter. At this time, it was estimated that tourists to the Great Barrier Reef contributed A$776 million per annum. As the largest commercial activity in the region, it was estimated in 2003 that tourism generated over A$4 billion annually, and the 2005 estimate increased to A$5.1 billion. A Deloitte report published by the Great Barrier Reef Marine Park Authority in March 2013 states that the Reef's 2,000 kilometres of coastline attracts tourism worth A$6.4 billion annually and employs more than 64,000 people.

A variety of boat tours and cruises are offered, from single day trips, to longer voyages. Boat sizes range from dinghies to superyachts. Glass-bottomed boats and underwater observatories are also popular, as are helicopter flights. By far, the most popular tourist activities on the Great Barrier Reef are snorkelling and diving, for which pontoons are often used, and the area is often enclosed by nets. The outer part of the Great Barrier Reef is favoured for such activities, due to water quality.

Here's the our members favorite photos of "Natural Features in Queensland". Upload your photo of Great Barrier Reef!

Going to Great Barrier Reef? Get answers from our friendly locals

Get in touch with 17 Touristlink members who want to visit Great Barrier Reef or with Ray Howe, Kevin Kestler and 7 others who already have been here.