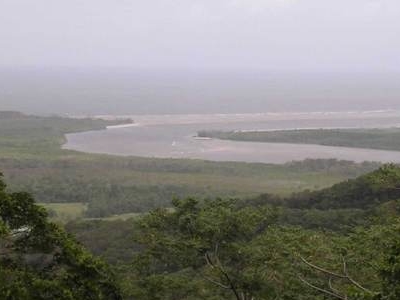 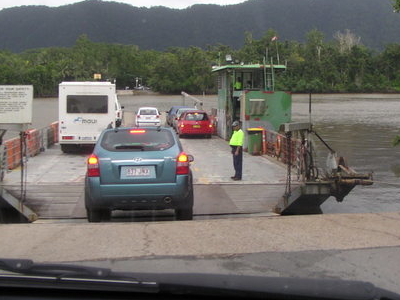 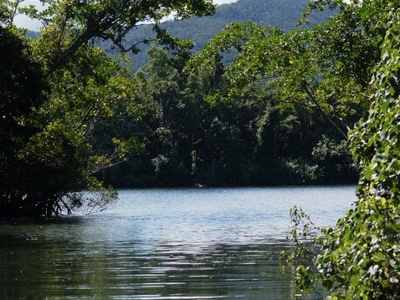 Attraction:
People are drawn to the area for its ancient vegetation, scenic surroundings and the vast array of native wildlife and plant matter that inhabit the area. Currently there is no bridge to enable crossing the river, so access is limited to the Daintree River Ferry, a commercial ferry that transverses the river for the purpose of tourism. Other features that surround the river include Black Mountain, Daintree Range, Thornton Peak and the Cape Tribulation Rainforest. The Daintree River is home to a dazzling array of tropical life.

It supports saltwater and Freshwater marine life, including the saltwater crocodile. The mouth of the Daintree River opens onto a giant sandbar that shifts with each changing tide. The river winds through thick mangrove swamps where the water remains very salty. As it progresses through the rainforest, the water turns fresh. At this convergence point, an abundance of wildlife congregate, particularly fish.

World Heritage listing:
World Heritage Wet Tropic Listing was given to the river in recognition of "its outstanding natural universal value as an outstanding example representing; the major stages of Earths evolutionary history, significant ongoing ecological and biological processes, superlative natural phenomena and as containing important and significant habitats for in situ conservation of biological diversity. The river is part of a much larger region in Northern Queensland encompassing 894,000 hectres.

Flooding:
The river is surrounded by mountains and deep valleys. Combined with the climatic conditions of the area the river is prone to quickly developing floods with little warning due to the high rainfalls on the 1000 metre high mountain ranges around the catchment and the influence of the cyclonic forces in the adjacent Coral Sea. In March 1996, record flood levels swamped roads and properties throughout the Daintree region. Statistics gathered at the time recorded 606 millimetres of rain falling in 24 hours.

Ancient flora and fauna:
The river and its surroundings are home to some of the most primitive forms of animal and plant life in the world. The surrounding mountains and valleys provided protection from the forces to adapt to climate change by sheltering several species of plants. A notable example is the primitive She-oak Gymnostoma australianum. This pine-like tree is the only remaining species in the Gymnostoma group of plants in Australia, and is now restricted to very isolated pockets north of the Daintree River. The genus was once widespread throughout Gondwana, and its relatives are still found in parts of the Pacific and south-east Asia.

Of the five species of ringtail possum found in north Queensland rainforests, the Cinereus ringtail possum (Pseudochirulus cinereus) is almost wholly restricted to the Daintree catchment. Within the park, this species is found only in upland rainforest on Thornton Peak and the upper reaches of the Daintree and Mossman Rivers. Once considered a light-coloured form of the Herbert River ringtail possum, commonly found throughout the Atherton Tablelands, it was described as a distinct species in 1989.

Black and white Striped possums (Dactylopsila trivirgata) are quite common throughout the park, particularly in the coastal lowlands north of the Daintree River, although to see one while spotlighting requires a mixture of luck and know-how. Due to the river's isolation saltwater crocodiles have flourished in recent years. There have been numerous reports of deaths in the Daintree River from crocodile attacks, so it is important not to step close to the riverbank and absolutely never swim in the river.

Here's the our members favorite photos of "Rivers in Cairns". Upload your photo of Daintree River!

Going to Daintree River? Get answers from our friendly locals