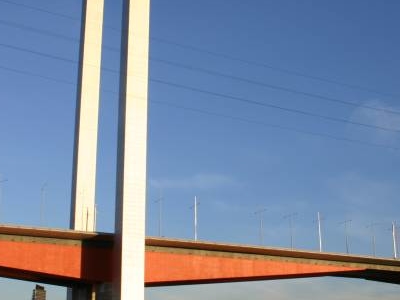 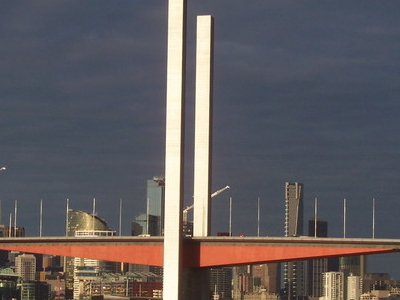 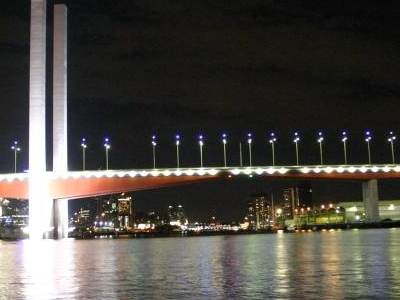 The Bolte Bridge is a large twin Cantilever bridge in Melbourne, Victoria, Australia. It spans the Yarra River and Victoria Harbour in the Docklands precinct to the west of the Melbourne CBD. It forms part of the CityLink system of toll roads that connects the Tullamarine Freeway from the northern suburbs with the West Gate Freeway and the Domain and Burnley tunnels to the Monash Freeway and the south eastern suburbs.

The bridge was designed by architects Denton Corker Marshall and was built for head contractor Transurban by Baulderstone Hornibrook, construction taking three years from 1996 to 1999 and costing $75 million. It was named by Jeff Kennett, for former Premier of Victoria, Sir Henry Bolte because of its linking the West Gate, Monash and Tullamarine Freeways - projects commissioned or completed by the Bolte Government.

Here's the our members favorite photos of "Bridges in Melbourne". Upload your photo of Bolte Bridge!

Going to Bolte Bridge? Get answers from our friendly locals