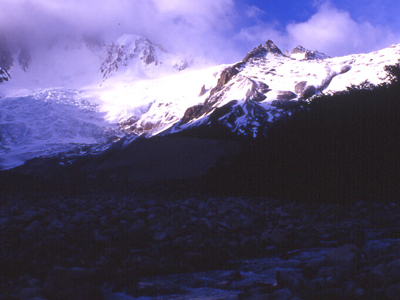 Monte San Lorenzo, also known as Monte Cochrane, is a mountain on the border between Argentina and Chile in Patagonia, reaching a height of 3,706 metres (12,159 ft). The Chilean name of Cochrane comes from the nearby town of Cochrane where climbers often approach the mountain. The peak was first climbed by Alberto María de Agostini in 1943. The mountain is covered by three large glaciers (two in Argentina and one in Chile). The Argentine glaciers show clear evidence of retreat.

Here's the our members favorite photos of "Peaks or Summits in Santa Cruz Province". Upload your photo of Monte San Lorenzo!

Going to Monte San Lorenzo? Get answers from our friendly locals

Peaks or Summits in Argentina

Peaks or Summits in South America