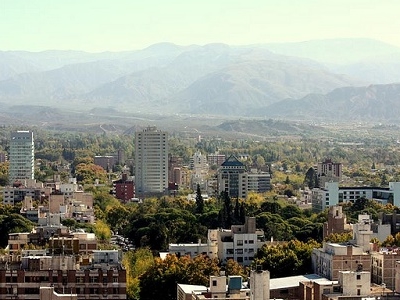 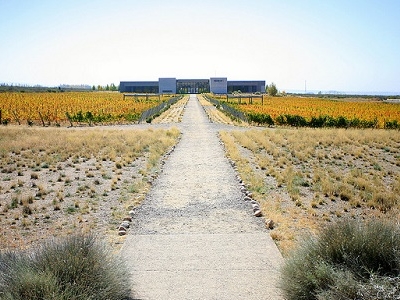 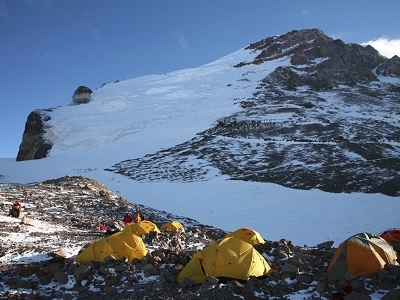 Mendoza is the capital city of Mendoza Province, in Argentina. It is located in the northern-central part of the province, in a region of foothills and high plains, on the eastern side of the Andes. As of the 2001 census, Mendoza's population was 110,993. The metropolitan population was 848,660 in 2001, making Greater Mendoza the fourth largest census metropolitan area in the country. Ruta Nacional 7, the major road running between Buenos Aires and Santiago, runs through Mendoza. The city is a frequent stopover for climbers on their way to Aconcagua (the highest mountain in the Western Hemisphere) and for adventure travelers interested in mountaineering, hiking, horseback riding, rafting, and other sports. In the winter, skiers come to the city for its easy access to the Andes. Two of the main industries of Mendoza area are olive oil production and wine making.

The region around Greater Mendoza is the largest wine producing area in Latin America. As such, Mendoza is one of nine cities worldwide in the network of Great Capitals of Wine, and the city is an emerging wine tourism destination and base for exploring the hundreds of wineries in the region. On March 2, 1561, Pedro del Castillo founded the city and named it Ciudad de Mendoza del Nuevo Valle de La Rioja after the governor of Chile, Don García Hurtado de Mendoza. Before the 1560s the area was populated by three tribes, the Huarpes, the Puelches, and the Incas. The Huarpes devised a system of irrigation that was later developed by the Spanish. This allowed for an increase in population that might not have otherwise occurred. The system is still evident today in the wide trenches (acequías, popularly known as 'yanqi traps'), which run along all city streets, watering the app. 100,000 trees, which line every street in Mendoza. The Spanish founded the city at the bank of river (present name) Río Mendoza, only later realizing that the "river" was a wide irrigation canal dug by the indigenous Huarpes people.

Here's the our members favorite photos of "Cities in Mendoza Province". Upload your photo of Mendoza!

Going to Mendoza? Get answers from our friendly locals